Her daughter "Rhapsodie Queen" was fifth at the final of 2008 Nurnberg Burg Pokal and has won several Grand Prix with Isabell Werth. Her licensed son "Detroit" is very popular young stallion at the Sosath stud at Lemwerder and now successful up to Intermediate I for Denmark. All her foals were very special and we have some three offsprings in our breeding program. Unfortunately she died after her first ever colic in November 2016 in the age of 21 years, again pregnant by our young stallion "Rey du Sol".

She was one of our most important mares and we will never forget her!!! Sleep well Rhapsodie! See here her last filly by "Don Nobless" born 2015 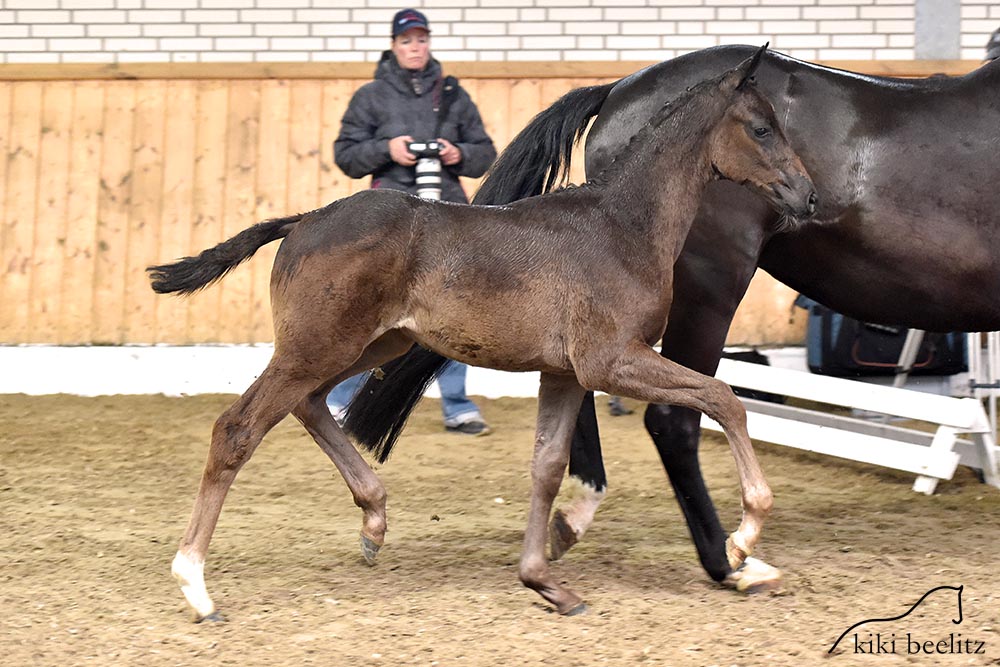