At the Hanoverian licensing at Verden on January 12th 2016 our stallion "Rey du Sol" by "Roi du Soleil" and our Elite/Premium mare "Wellness" by "Stedinger" - "De Niro" - "Furioso" was accepted and licensed from the Hanoverian association too. So he can start now his breeding carreer in 2016 and stay with us in training. 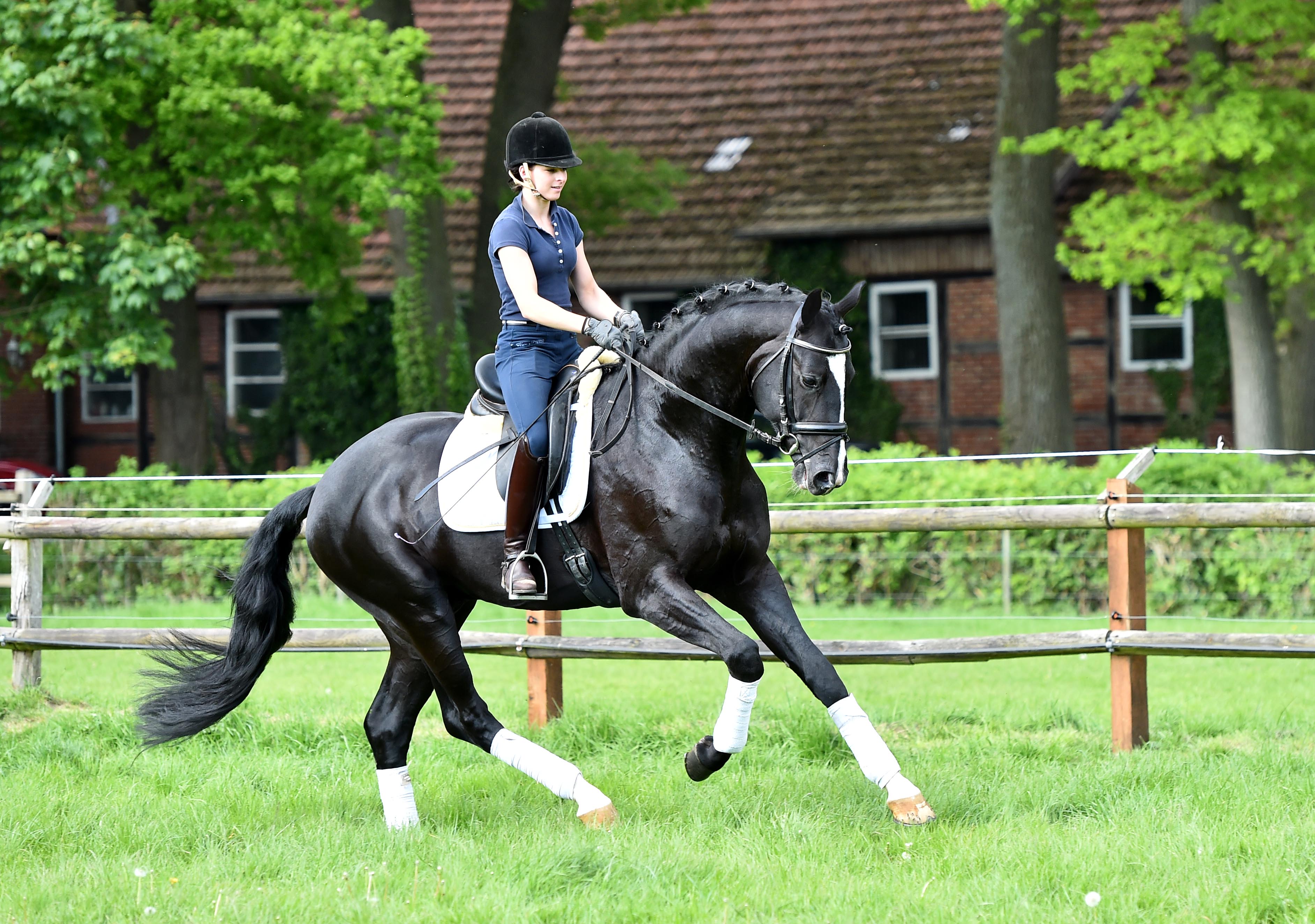 This very modern, long legged, uphill and great moving stallion will now be available for 2016 at the Ludwig Kathmann stallion stud (owner Martin Determann) at Holtrup from February until August 2016. We are very convinced that beside of his modern type and his interesting pedigree he will do his own succesful way in sport and breeding! He is from the very popular and successful Oldenburg "Weissena" damline that produced not only our licensed stallion "Statesman OLD" by "Stedinger" - "Donnerschwee" or the 2015 European young rider champion "Walküre" by "Romanov" - "Donnerschwee", who was born at Gut füchtel too, but also the Oldenburg champion mare "Weihegold OLD" that is now on her way to the Olympic team for Germany.

With his spanish owner Cristina Khamidoulin we have the agreement to manage the stallion in breeding and under saddle for the next years and we are very happy to keep him here in training! You find more information soon on our website under "Rey du Sol" or at L.Kathmann website! 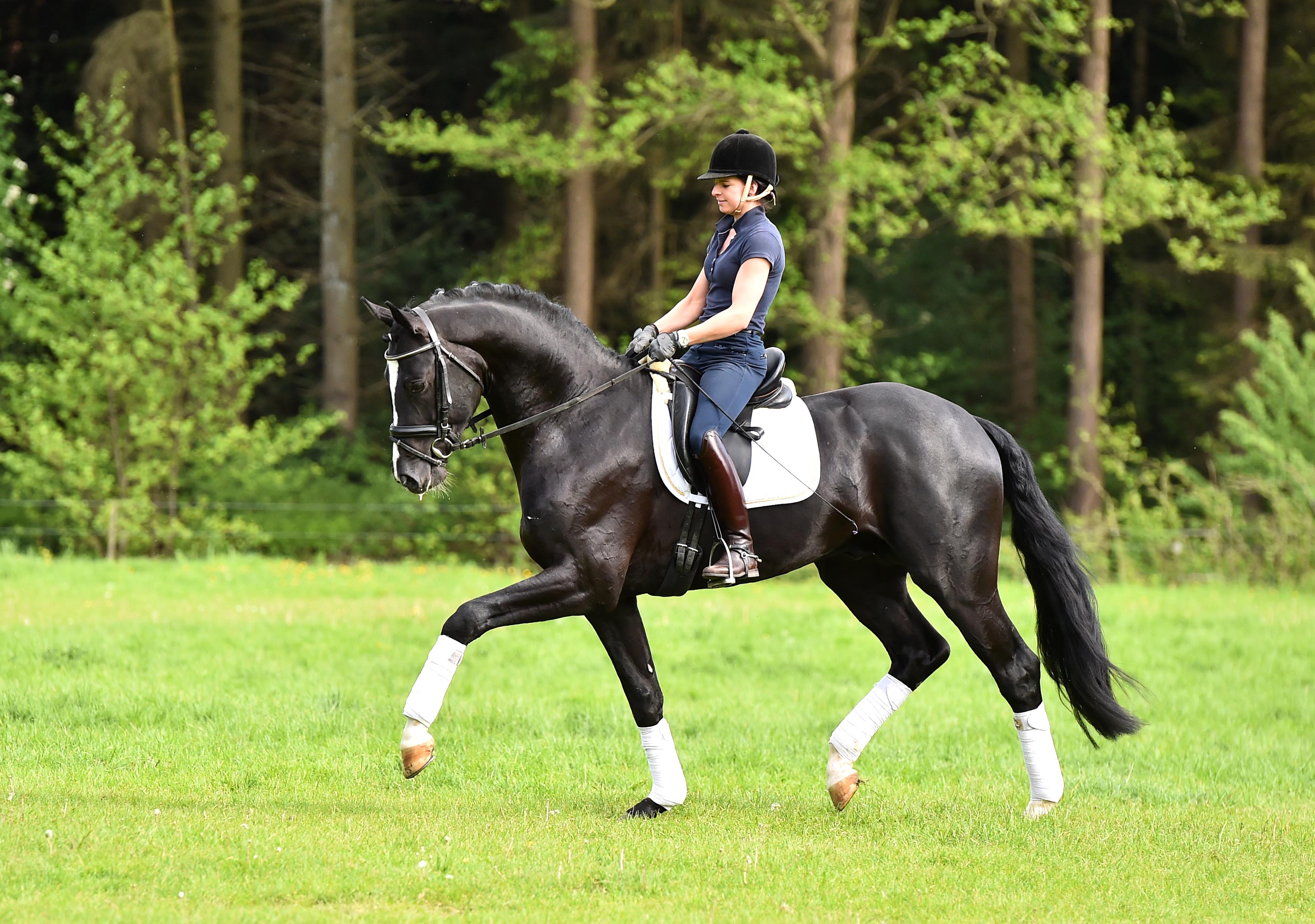 The beautiful, modern and long legged stallion, owned by Cristina Khamidoulin, Madrid, Spain and bred and trained here at Gut Füchtel received top scores between 8 and 9 for his three super gaits and two times a 9 from test riders for his rideability. He was second over all with a dressage score of 8,38 and a breeding value of 144 index points just behind the OL-champion Morricone. We are happy that we found a top stallion stud so he will be available for breeders in 2016 by Ludwig Kathmann stud (owner Martin Determann). You can get more information about this new stallion of your choice soon!

At the Hanoverian Licensing at Verden last weekend two more sons of "Floriscount became licensed for the Hanoverian Association. These modern and great moving typical sons showed once more the individual heritage that Flrosicount gives to his progeny.

At the following auction No. 36 by Floriscount - Don Schufro, bred by C. Mohr, Wismar, sold to the Celle State Stud after a long bidding for 105.000 Euro (see video here). The second very elastic Floriscount - Rubin Royal (video here) stallion was auctioned to a dressage stable at Frankfurt.

Congratulation to breeders and owners of these spectaular youngsters!

a super colt by "Barroso" and SPS/Elite mare "Remember"

A big congratulation to Ann Kitchel in Vermont who is the breeder of this exceptional foal. Come and see!

a "Governor" filly is born!

Yesterday evening our Elite mare "Ajoulie" by Showstar - Donnerhall, who is the only State Premium sister from Floriscount in Germany got her second foal this year: it is a long legged super nice but chestnut filly from the Dutch champion stallion "Governor", who is by Totilas and the sister of Parzival. 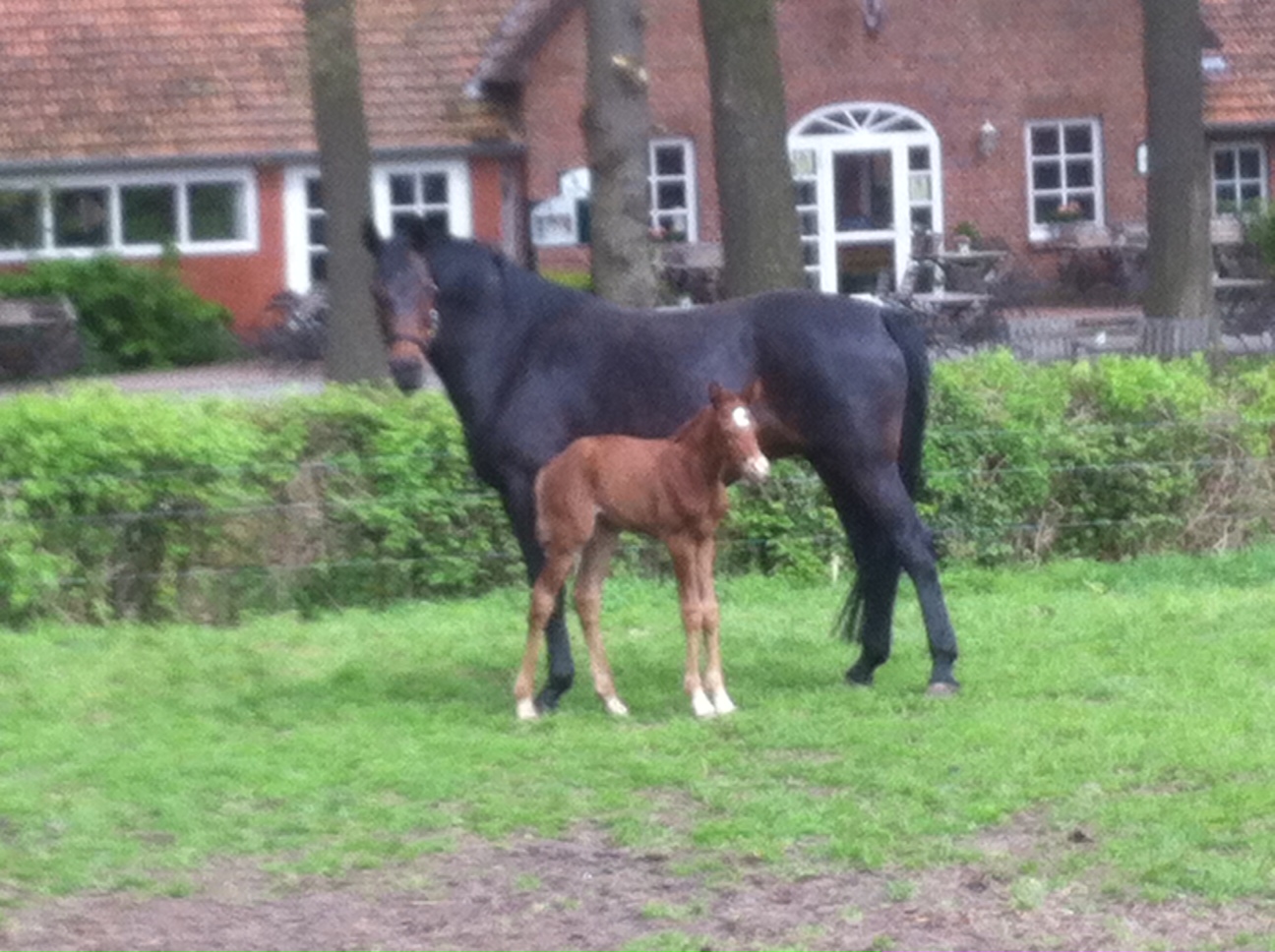 See her here on her first day outside with her elegant mother "Ajoulie" in front of our Cafe Gut Füchtel.

We are glad to have very interesting bloodlines in this filly and we are sure that we keep her here for our breeding program.

We warmly welcome you at our new website Gut Füchtel! We are pleased to give you information around our horse breeding and training business as well as the Café & Bistro Gut Füchtel and the new established Guesthouse Gut Füchtel. You find some information about the history as well as about the team and of course we try to let you be part of the "news"! Enjoy yourself!